The five editions of the Canfield Guide to Classical Recordings were the natural outgrowth of Canfield's retail classical record business, Ars Antiqua. He was the first classical record dealer to build up a comprehensive computer database of all the records he had offered to his customers, and since his computer program kept track of (and even updated) selling prices, it was natural to think of publishing such a reference work. The first edition appeared in 1988 and contained around 20,000 different recordings; by the time the 5th edition was published in 2000, that number had increased ten-fold to around 200,000, making an 1800-page book that weighed eight pounds. All five editions have long been out of print, but occasionally show up on the used book market, sometimes at rather high prices. There will be no future editions, since in 2006 the database was sold to the proprietor of Mikrokosmos Mail Order Co., Péter Fülöp, who continues to expand it on his Classite website. 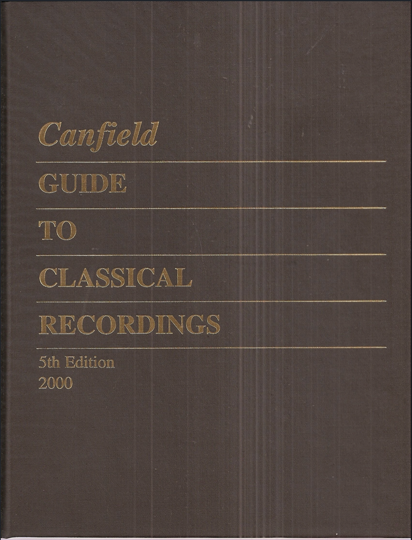