My father, a professional musician and music educator, gave me my first records when I was about five. This was long enough ago (c.1955) that they were 78s (children's records retained that speed longer in the U.S. than did "grown-up" records). I can remember being fascinated by such gems as Sparky and His Magic Baton and Aladdin and His Magic Lamp (set to the music of Sheherazade, of course). When I was slightly older, I graduated to LPs and longer works without any narrative to help me through the music. This group of records included Milstein's Capitol recording of the Mendelssohn and Bruch concerti, a Scherchen Westminster LP containing Ravel's Bolero, and several others. I was still young enough to wonder how the man who narrated my recording of Peter and the Wolf could become a woman, not realizing until some years later that I must have accidentally played it that time at 45 rpm on my three-speed player.

I didn't purchase a record for myself until I was in high school--an LP of encores by Heifetz (my interest was piqued by the fact that he was famous, and the violin was my primary instrument). My collection did not begin in earnest, however, until I was in college and discovered that I could use excess scholarship funds in the college bookstore, which carried a modest selection of budget LPs. There, I purchased such goodies as the Bruckner Ninth with Schuricht on Seraphim, Strauss's Die Frau ohne Schatten on London Stereo Treasury, and so forth. I began to devour all the repertory that my modest budget as a student would allow.

It was only when I came to graduate studies at Indiana University that I began to discover the gems that could be found in used record stores. I can still remember my eyes being opened to exotic composers of whom I had never heard by happening across a stash of Belgian Culturas and Alphas at the Wuxtry Records in Atlanta. I began to realize that there was an incredible spectrum of music outside of the standard repertory about which I knew absolutely nothing. My musical curiosity led me to buy any record that contained a piece of music that I had never heard before.

However, my collection remained relatively modest in size--a few thousand records--until I began to issue my Ars Antiqua record lists in 1978. At first, this was merely a way to meet other collectors and fill in some gaps in my own collection (with my very first list of record offerings, I inserted a want list), and not intended to be my livelihood. It so happened that I was getting into this business at an opportune time, and it was only a couple of years before I went into the record business full time, giving up my music library position at Indiana University (by then having obtained a doctorate in music composition). Over the quarter century that I was the largest collectors' classical LP dealer on the planet, I looked through literally millions of records, having first pick at anything I came across. This allowed me to build up a unique library, devoted to as many pieces of music in all styles and genres as I could find. By the time I sold the collection to the Library of Congress, I estimate that I had collected somewhere between 200,000 and 250,000 different pieces of classical music, most of which I listened to at one point or the other. 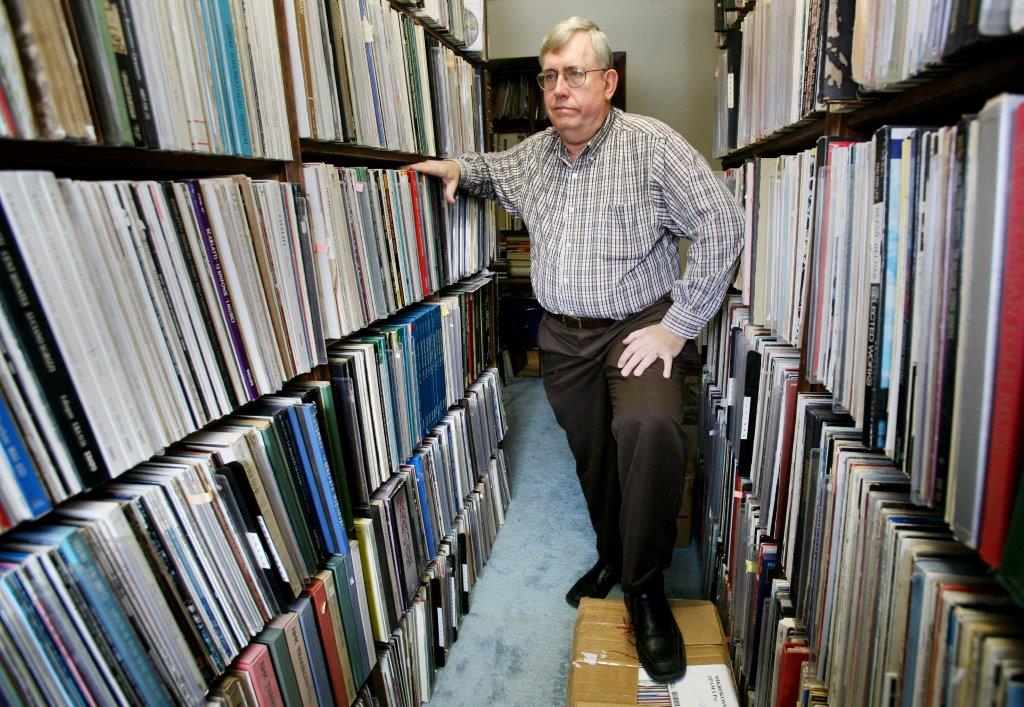 Naturally, with that many pieces to listen to, I could not afford to listen to any given piece very many times. Many works I've heard, in fact, only once. Thus my knowledge about classical music generally tends to be more extensive than intensive. One notable exception to that is Mussorgsky's Pictures at an Exhibition. Deciding about 15 years ago that this was the most arranged and recorded piece of classical music, I set about to collect every recording of every arrangement (by now I know of more than 650) that I could. My Pictures archive (not included in the Library of Congress deal) now contains about 2,000 different recordings of the piece. No, I haven't listened to all of them yet, but I'm working my way through!